Below are the key states in Brazil in terms of grains production. MATOPIBA is a new boundary and it is composed of 4 growing regions on 4 states (Maranhão, Tocantins, Piauí and Bahia). 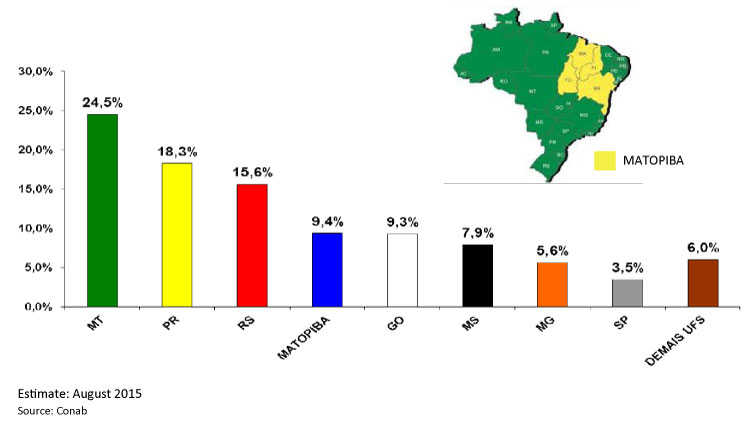 Below is the key corn growing area concentration considering both first and second crops combined. 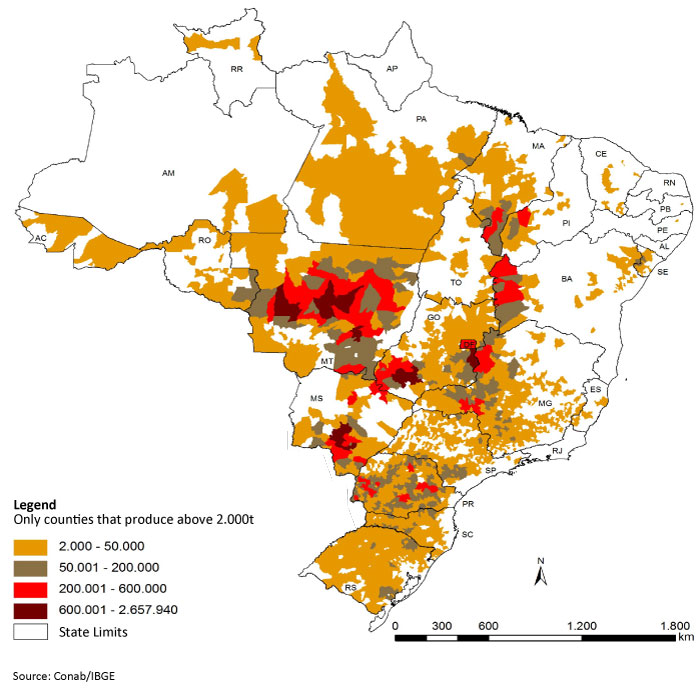 See below the key growing areas of soybean in Brazil: 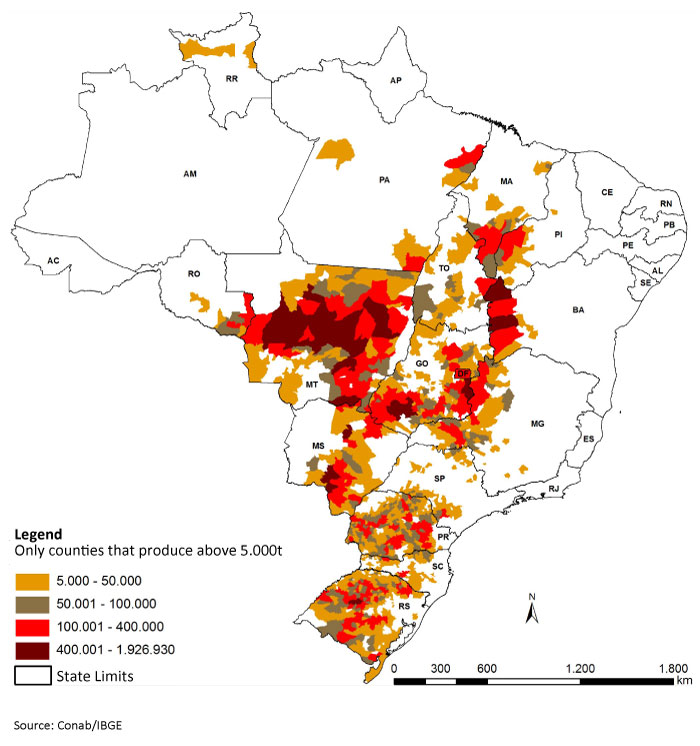