News
Species
Cotton in Brazil - Big Increase for next crop

Brazilian cotton production reached 2, 1 million tons of crop 2017/18, and after so nice crop results the next crop is being forecasted now at 2, 5 million tons in 2018/19 crop cycle. It means a growth of approximately 19% compared to past crop. Planted area is forecasted to grow by 22%, moving from 1, 18 million hectares to 1, 44 million. Such info was consolidate days ago (late September) during a meeting of Cotton Chanel and Affairs working at Agric Dept. If such forecast becomes confirmed in the last 3 years Brazil had doubled the production.

Exportation will be about 1, 2 million tons, positioning Brazil as the second largest country in cotton export, that now day is Australia. The 10 cotton producer’s states will sow more cotton on coming crop. In Mato Grosso States the area should reach 1, 0 million hectares which means 18% increase compared to last crop. Bahia the second largest State in acreage should plant 325,000 hectares, that is 23% more than past year. Goias State should plant 41,600 hectares with means 27% increase compared to the 32,500 hectares from last crop.

The general expansion for the crop is explained by the prices that at sowing time were US$0, 80 per pounds weight. It is important to remind the expansion for cotton planted area has nothing to see with forest reduction, since such crop are expanding on areas where farmers plant soy and corn and want to have a better production matrix at the farm. The increase in yield also contribute for more production volume and is based on the appropriated crop management and modern technology use, this is what say the President of Cotton Chamber at Agric Dept level. 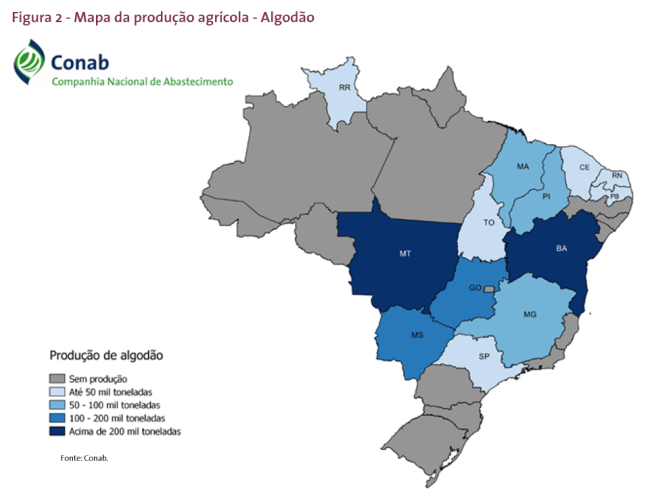 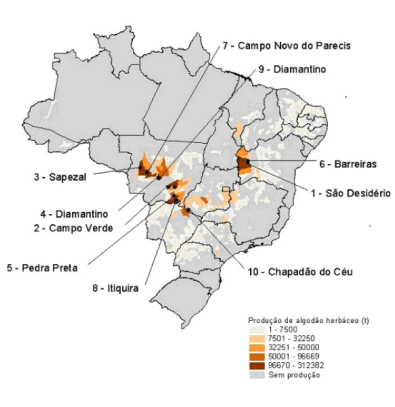 The increase of production and consumption stability around 700,000 tons per year it means Brazil will have to export more cotton. According Cotton Export Association , since the Brazilian importation decreased as a total due to economic conditions it reduce the quantity of containers for the “return freight” that leaves Brazilian ports with coffee sugar, cotton. This should increase the time for exportation as well as the need for storage part of cottons at farms level. This also should create impact in ocean freight (increase). According the VP for this Association. Last year Brazil exported 900,000 tons.

The positive feeling of producers and exporters look contrary to the industry that used cotton in domestic market. In the begin of this year the industry had an estimated of 4, 8 to 5, 5% increase on the different cotton channel level. These days it was revised and reduced to around 1%.
This situation is a combination of several factors, but especially for the economic situation of the country. 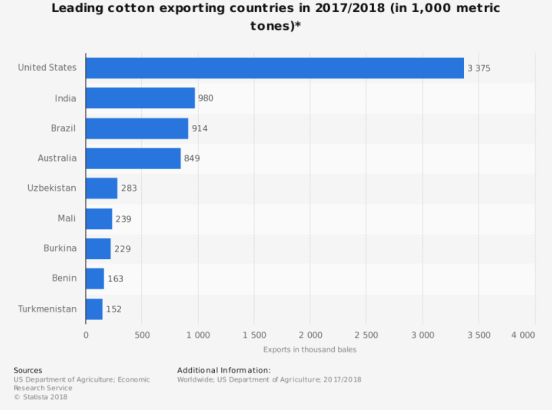 Recent mergers between big multinational groups will an impact on seeds suppliers in Brazil. Bayer that had a strong position will now be replaced by BASF, while MON portfolio stays with Bayer. So BASF will be a new player on this segment. We have also some domestic suppliers, but just one has a significant position.
The uses of GMO traits are very consolidate in cotton crop in Brazil and should re like this. 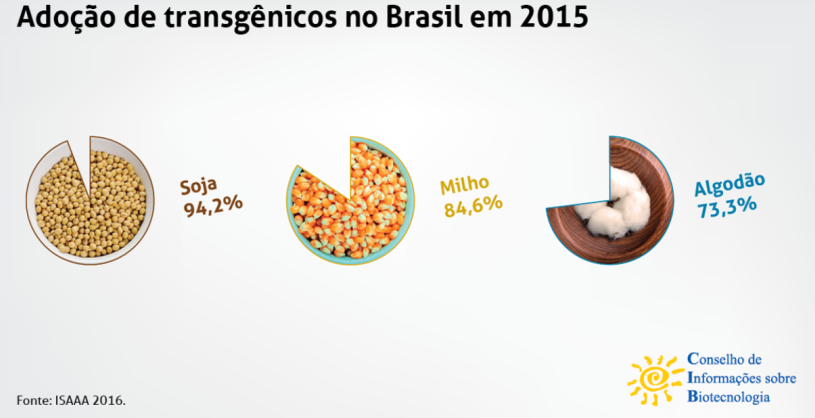 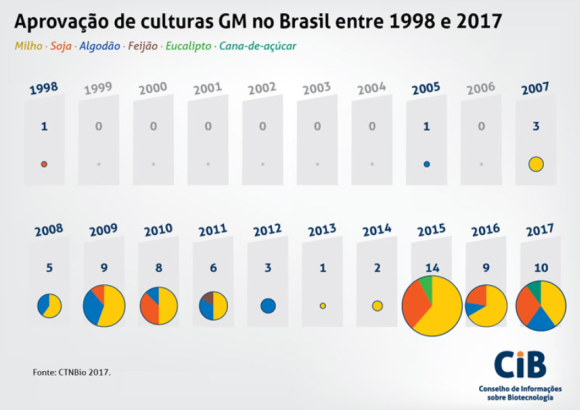 Cotton in Brazil is concentrated on the majority of the crop in the hands of large growers. These growers are also growing other crops, but usually are v large organization and the cotton planted area by each one use to be large. Based on this they use very modern agriculture techniques, sowing, spraying, harvesting etc. There are areas of small growers like part of Northeast growing areas in Brazil, which is basically a family farm style, but this represents small percentage in total production in Brazil. 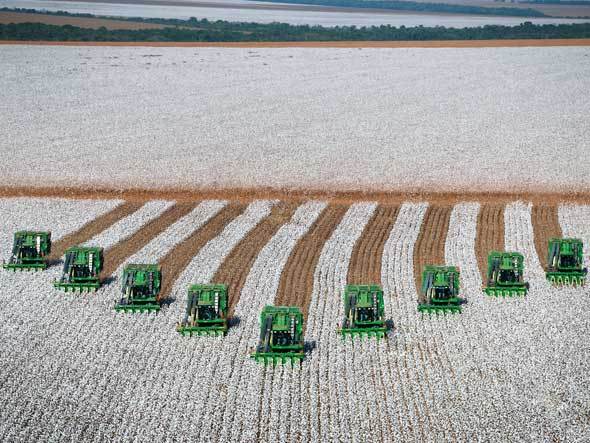 Fig 7-Harvest mechanization is very common on this crop, and brings a nice scenario at harvesting time in fields 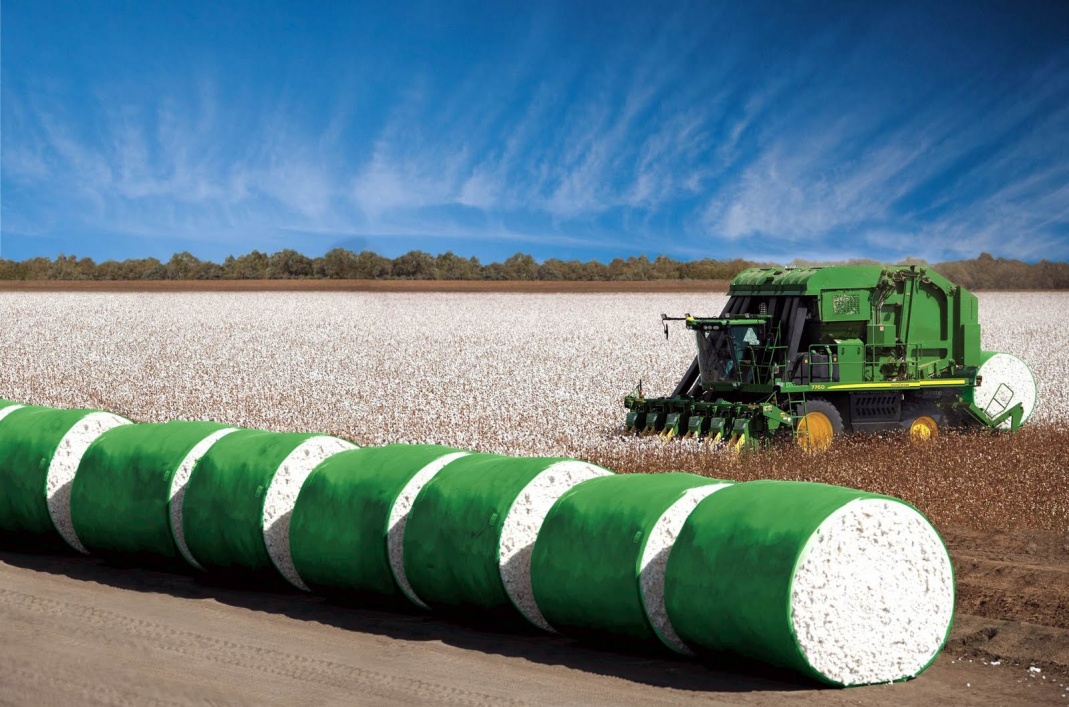