Carrot seed market is one that becomes very attractive in Brazil on last 10-15 years. Reason for it is that carrot growing regions had some concentration, and it moved more and more to regions where the growers are more professional and usually grow large areas. Another change is that the utilization of hybrid seeds becomes much more popular instead of the open pollinated variety. It gave of course a tremendous increase on seed market value.

Please see below some news about Carrot production cost in Brazil last months.

CARROT PRODUCTION costs- on the case of carrots CEPEA (Sao Paulo University entity) reported information for crops cultivated on “CERRADO MINEIRO” the most important growing region for carrot in Brazil and also the region where growers used the highest technology.

They also took as reference a winter and summer production. For the winter they used period from June& July thru end of the year of 2015, while for summer they used period of Dec& Jan thru June 2016. Usually there is some overlapping between both crops seasons. Carrot cultivated in Brazil are basically Nantes root type (cylindrical format), and therefore no big different on types. For sure varieties and hybrids used in summer are different from winter due to the need for more foliar leaf disease in summer.

CEPEA study indicates great variation for winter and summer crops (considering total cost per hectare). It is about 30% higher costs in winter! It sounds strange since is summer we usually have more disease problems and requires more spray in fields. The issue is that in the total cost per ha they included the commercialization cost which includes packaging materials and sales commission to vegetable agents. So CEPEA found the cost per box (22 kgs) about 23% more expensive in summer. The key reason for cost per ha to be so high in winter is that they consider a “commercial yield” – production of roots sold – about 62 tons per ha, while in summer yield considered was only 39 tons per ha. In both case they consider gross production in winter was 75 tons per ha while in summer 52,2 tons per ha. The discarded roots in summer are considered about 25% while in winter only 15%.

The total production cost was about USD18,000 per ha in winter while in summer USD14,000 in winter. Majority of this difference as reported above is on “commercialization topic”, which was about USD2800 per ha. On the value above per ha, it is included also the working capital financial cost.

Seed cost as a% of total cost is 3,8% in winter crop and 2,7% in summer. Very high % of crops is sowed with hybrids in this region. 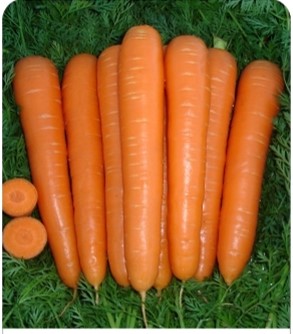