In 2014, ABCSEM (The Brazilian Vegetable Seed Trade Association) had contracted once again MNagro to do a review of the 2012 market study. The key objective was to develop some figures for the vegetable market (not seed market) as far as 17 key species related to the volume produced, value of such production at different levels, use of the agriculture suppliers, labor and packaging costs.

Considering that the project was done based on many information coming from the fields and had no statistical approach, the results may vary. It is listed below some key information of the data raised:

To better illustrate this study, below it is an example for the onion information. 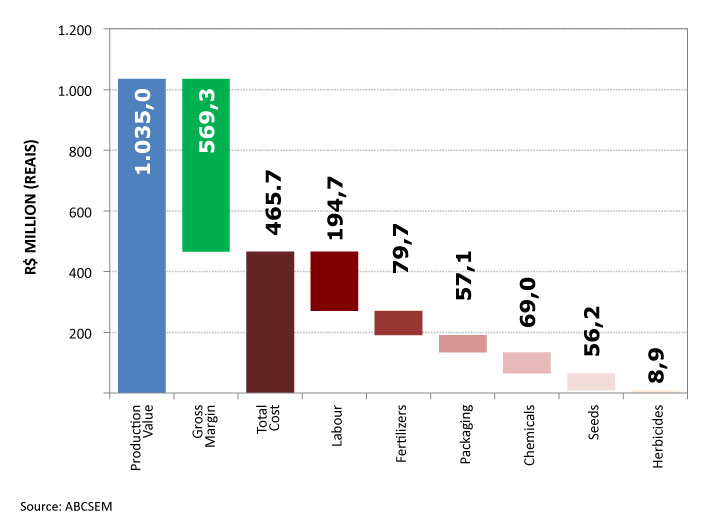